In order to start thinking about what I wanted to write for my final blog, I began to flip through the notes from our class discussions. On the first page of my spiral notebook, I’d written in big, bold… Read more

In order to start thinking about what I wanted to write for my final blog, I began to flip through the notes from our class discussions. On the first page of my spiral notebook, I’d written in big, bold letters: “THEORY OF THE END OF HISTORY: EVERYTHING IS RE-USED AND RE-HASHED DUE TO DIGITIZATION.”

I was struck by this. I’d written it in bold because I had initially agreed with that statement. I came into this class with the notion that we, as a culture, are currently going through a “lather, rinse, repeat” cycle regarding, well, everything that we consider to be important in our lives: fashion is being recycled, old films are being re-issued in Blu-Ray and 3-D releases of movies like “The Lion King” are breaking box office records, etc. In an age where everything seems to be new and state-of-the-art, the reality is that most of the things I’m encountering in life are very, very familiar.

After finishing the Digital America course, I must say that I disagree with the notion that the digital age is signaling the end of history. In my opinion, the sheer new-ness of everything that’s going on in the world regarding digital technology is occurring at such a rapid pace that most of us yearn to go back to the old days of pen and paper, radios, and Super Nintendo. Simply put, it’s hard to adjust to these changes. Who would have thought that stock market trading would run on micro-seconds? Who would have thought that a video game like Halo 2 could bring thousands upon thousands of fans together to uncover the mysteries of the game’s lore in real-time? Who would have thought that I’d be hearing about the “Boston Bombing” through a six-second Vine video on Twitter?

When cars were first being used in the United States, there wasn’t an immediate shift from horses to automobiles. According to MotorEra.com,

“The first practical, factory-produced automobiles were little more than motorized horse carriages. A tiny one-cylinder motor under the seat drove through a chain, and you steered with a “tiller,” like a coaster wagon. Nothing to it. It was enough to be getting around a little faster than a horse could take you. And the car didn’t get tired after a few hours.”

If you look at old photos from the early-20th century, you can see streets that are lined with both horse-and-buggies and primitive automobiles. The car was such a drastic shift in the way that humans approached traveling that it took several years to fully catch on. In the face of arguably one of the most important tools that would shape suburbs, employment opportunities, transit, highways, and NASCAR, early-20th century Americans held on to their inefficient, 1-horsepower, pooping animals for mobility. Sure, this can be seen as an issue where cars hadn’t been mass-produced and made widely available yet, and Ford’s production line wasn’t being used. However, I like to think that early Americans wanted to hold onto horses in a way that allowed them to stay connected with their past. Now THAT’s nostalgia. 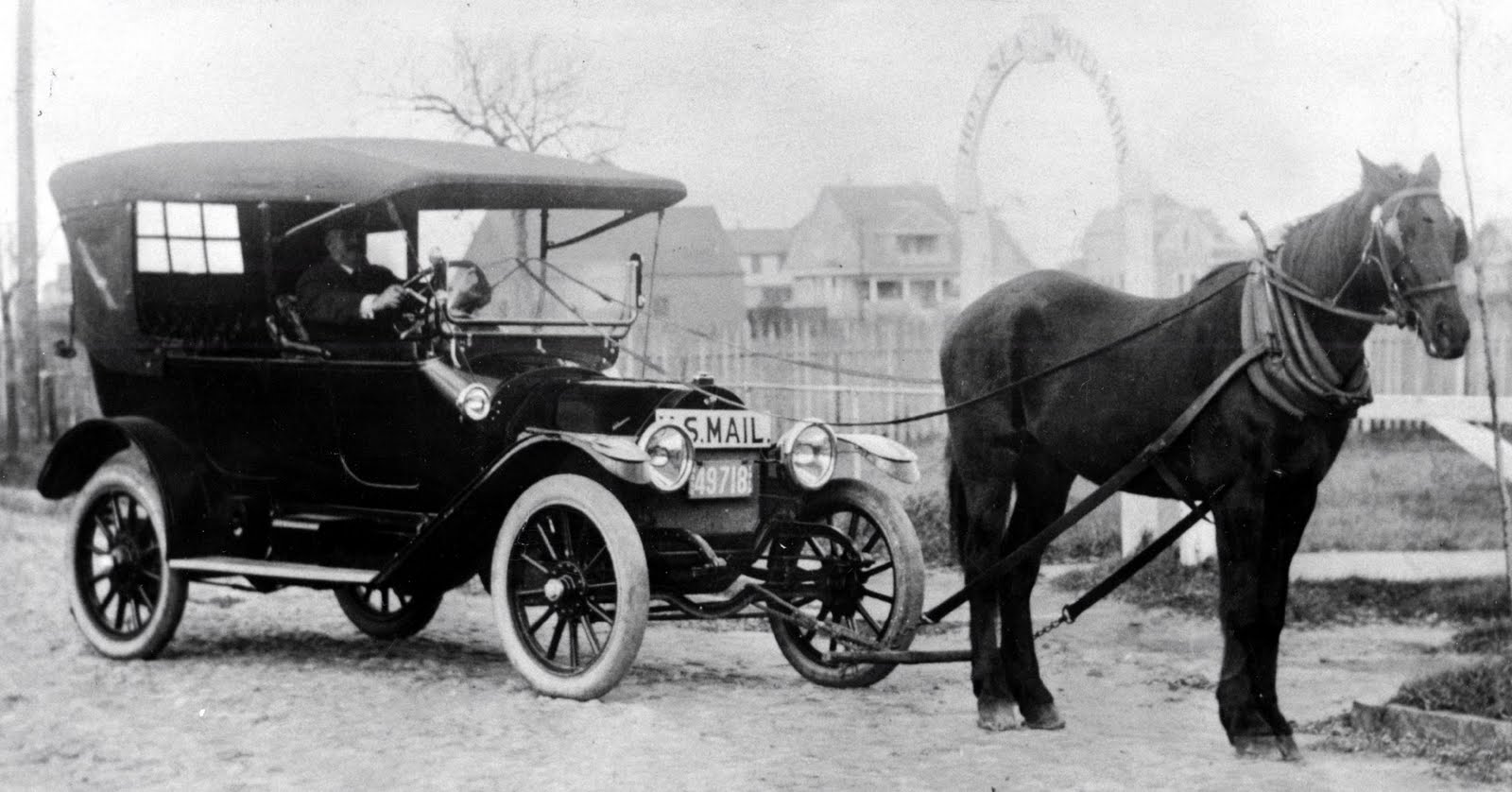 The internet, and 21st-century technology as a whole, is my generation’s automobile. Even though we’ve been living in the digital age for a few decades, we’re still discovering uses for technology in ways that Americans literally never thought were possible a few years ago. High-tech prosthetics. Augmented reality. Self-driving cars. Google, for goodness sakes. It’s going to take us decades in order to figure out the implications of the things we’re just now discovering. To say that the end of history is near due to the impact of digitization is like a 1900′s newspaper writing that cars were death-machines on wheels bringing every American to his or her maker. It’s going to take time for us to become adjusted to the age we’re currently living in: the Digital Age.

So let people use Instagram to create photos that look like they’re from the 1890′s. Let people fill their closets with thrifted clothes from bygone eras. Let people “unplug” from their technological lives and take an occasional walk through the park. We’re living in a fast, ever-changing world, and it’s hard to keep up. Try to hold on to your pasts and embrace what you love, but don’t fear for the future. As I like to think, “Everything will always work out in the end…and if things aren’t working out yet, then it’s not quite the end.”